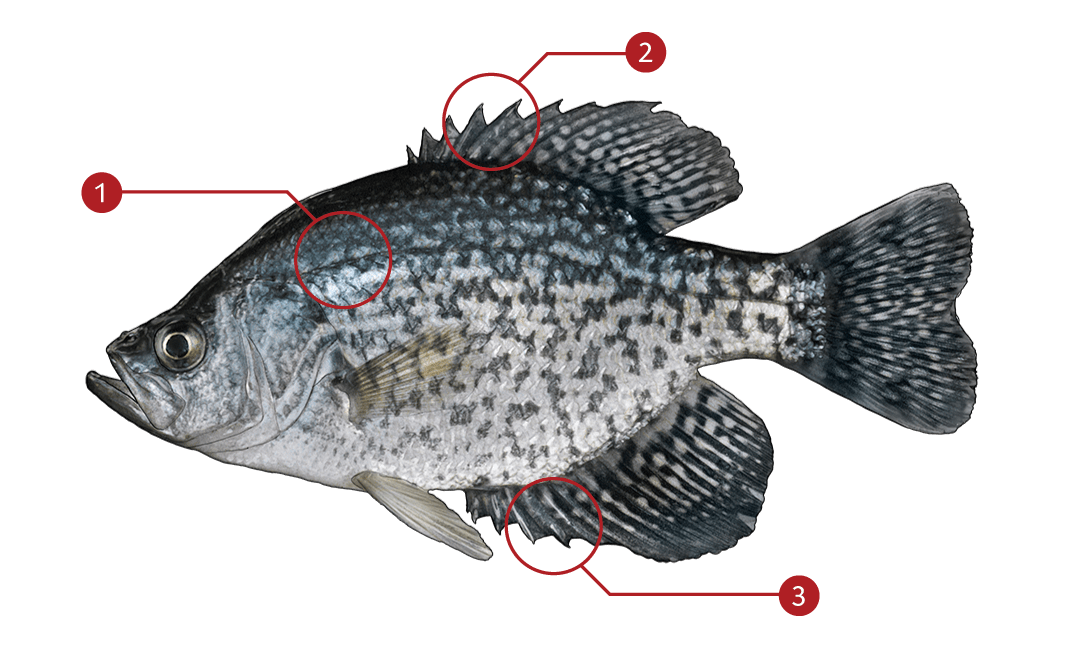 How to identify a Black Crappie

The black crappie and the white crappie are most often confused with each other. Despite their common names, both species are the same color (dark olive or black dorsally with silvery sides) and both have spots on the sides.

Where to catch Black Crappie

There are different states where you can catch Black crappie. This fish species is native to most of the eastern half of the U.S., the black crappie has been so extensively transplanted that today it entirely blankets the U.S. and reaches up into southern Manitoba, Ontario and Quebec in Canada. It is only noticeably scarce in a swathe of the Midwest stretching from western Texas up through Nevada, Colorado, Utah, Wyoming, Idaho, and western Montana, and even these states have black crappies either along their borders or in limited internal areas.
The black crappie inhabits large ponds and shallow areas of lakes, with sandy or muddy bottoms and usually in areas of abundant vegetation. It requires a deeper, clearer, somewhat cooler habitat than does the white crappie.